Mr. Gordon is originally from Louisiana where he grew up in the Crescent City and attended both undergraduate and law school at Louisiana State University.

Prior to joining The Lane Law Firm in Houston, Mr. Gordon was in private practice in New Orleans where he also served as a Public Defender in the 34th Judicial District Court. Prior to starting his own practice, he was an Associate Attorney with the law firm of Regan, Littlefield, Thomas & Sandhu in New Orleans as well as Unglesby and Marionneaux in Baton Rouge.

He is a recipient of the Blackstone Award from the Louisiana Association of Criminal Defense Lawyers.

While in law school, Mr. Gordon was on the Moot Court Board, the Jessup International Moot Court Team and was a Tullis Competition Semifinalist.

Mr. Gordon is pleased to now be permanently settled in Houston with his wife and children.

While in law school, Mr. Gordon was a Tullis Competition Semifinalist, on the Jessup International Moot Court Team and on the Moot Court Board. 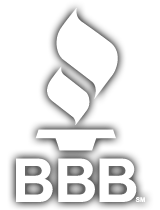