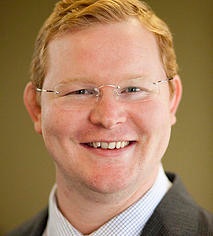 A continuation on our previous post highlighting steps that insurance carriers take to keep claim benefits to themselves.   In Part 1, of 5 Ways Insurance Companies Pocket Your Money we addressed sneaky depreciation and skimping on roofing components.  Add the following to your list of sneaky insurance carrier tactics to watch out for.

In the event of covered water losses, carriers oftentimes direct the homeowner to use a third party "restoration" service to dry out damaged property.

Why? Because it typically costs the carrier more to replace all of your damaged property than to pay to dry it off.  The horror stories with these companies are never-ending.

If your property was soaked because of a sudden and accidental discharge from a pipe, insist that your damaged property be replaced, not dried off (unless you just can't part with that old couch!).

#4 - Bullying Policyholders with Past Bankruptcies During Theft Claims

On average, more than a million people file for bankruptcy per year, many of whom are policyholders.  Part of the bankruptcy process involves listing and disclosing one's assets to the Court.  Insurance carriers use this to their advantage.

In the event of  a theft loss, carriers will often deny coverage for items claimed stolen by pointing to the fact that the item wasn't listed in a past bankruptcy filing.  The carrier cites to all of the Bankruptcy Code fines and penalties in an attempt to scare the policyholder into accepting underpayment or denial of the claim.

Of course, as insurance carriers are aware, there are a number of innocent reasons why property may not have been disclosed in a past bankruptcy.  For instance, the property may be exempt from the bankruptcy estate or the policyholder's bankruptcy attorney may have simply made a mistake.  These are issues that can be cleared up with the bankruptcy trustee, without the imposition of any fines or penalties.

In any event, failure to list an item in a past bankruptcy does not mean the property doesn't exist or that the policyholder did not own it.  More importantly, it is not an excuse for an insurance company to rely upon for a wrongful denial, especially in the face of otherwise overwhelming evidence of ownership.

#5 - Setting Policyholders Up to Fail: Antagonizing You Into Non-Cooperation

Naturally, carriers oftentimes take steps to make a policyholder appear uncooperative so that they can establish a basis to deny the claim.

Carriers will often call in their "Special Investigations Unit" (SIU) to treat the policyholder like a criminal until they get fed up and become hostile to the investigation (and thereby appear uncooperative).

The best thing for a policyholder in this situation to do is be patient and take all reasonable steps to cooperate. Many times this is a good time to call in an attorney to help fend off their antics and get treated with the respect you deserve.  This can be the difference between your claim being paid or denied.

I'll leave you with an example of what it can be like settling claims with insurance carriers:

Have a difficult insurance situation or want to talk to an attorney free of charge?  Click the Schedule Now button below.